Lady in the Dunes

New composite released from the Center for Missing and Exploited Children to hopefully aid in identifying a white female, nicknamed "Lady of the Dunes", the victim of an unsolved murder case in Provincetown, Massachusetts. 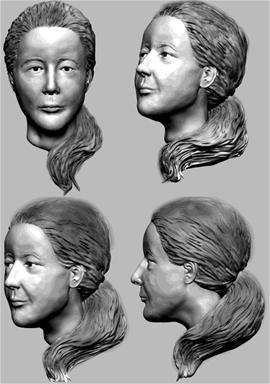 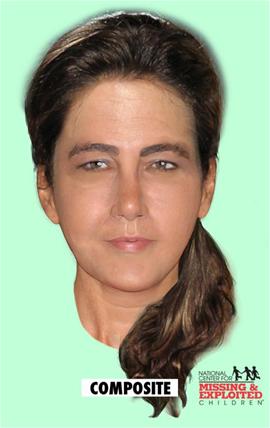 Distinguishing Characteristics: Long, auburn or reddish-blond hair and athletic build with 34" waist and 31" legs. Her hair was tied in a ponytail with a rubber-type hair tie. Her toenails were painted pink.

Clothing: She had a rubber elastic-type band in her hair and was found laying on half of a light green, heavy cotton beach blanket. Blue jeans were also found at the scene.

The victim was discovered in the dunes about a mile east of the Race Point Ranger Station on July 26, 1974. The cause of death was a blow to the head. The estimated date of death was from 10 days up to three weeks. The unidentified woman's hands were missing, presumably removed by the killer so she could not be identified through fingerprints and her head was nearly severed from her body with an instrument similar to a military entrenching tool. The left side of her skull had been crushed. No weapon was found at the crime scene. Her nude body was discovered lying on a beach towel with her head resting on folded jeans. There was no sign of a struggle and the woman lay on half the towel, as if she'd been sharing it with a companion.

The body was exhumed in 2000, in an attempt to confirm her identity. In May of 2010, a new composite was created using state of the art technology and computer analyses. The new facial reconstruction images (pictured above) were created by forensic experts from the National Center for Missing and Exploited Children and the Smithsonian Institution.